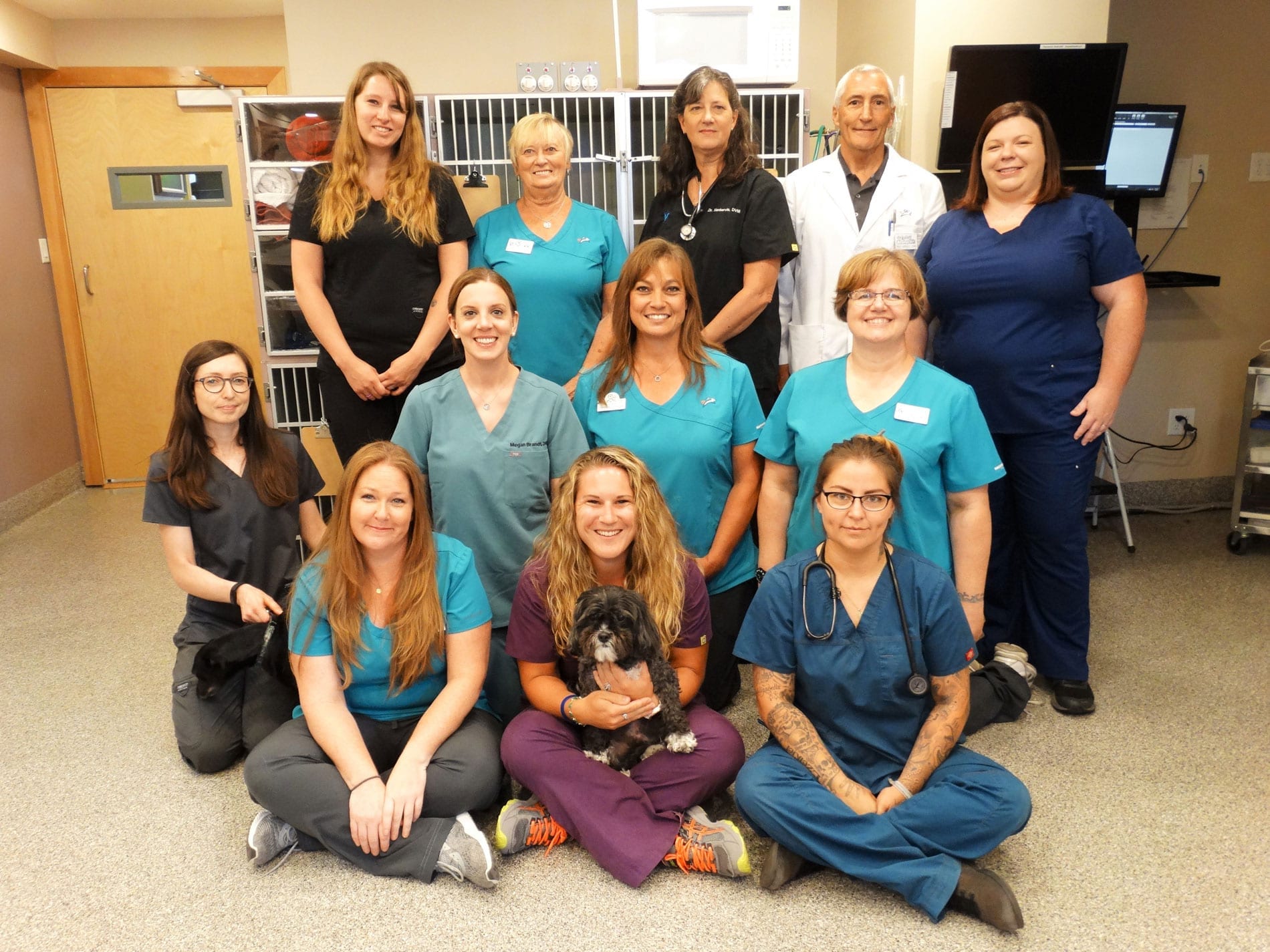 We’ll be here when you need us most.
As pet owners ourselves, we understand the important role your pet has as a member of your family. Our goal is to keep that bond a happy and healthy one for years to come. We welcome you and your companion animal to join our family at The Animal Hospital.

We’ve been an American Animal Hospital Association (AAHA) accredited facility since 1977, The Animal Hospital regularly undergoes evaluations to ensure that we meet AAHA’s standards of care.

This accreditation is voluntary and we chose to undergo this process to demonstrate our commitment to the highest standards of veterinary care for our patients and clients. AAHA standards are recognized around the world as the benchmark for quality care in veterinary medicine. 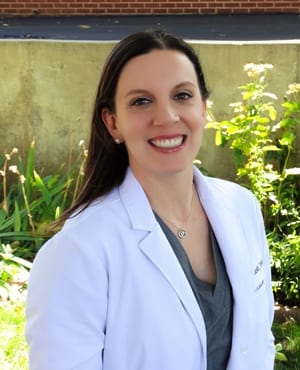 Megan is an associate veterinarian with The Animal Hospital. She grew up in Houston, Texas. She completed her veterinary education at Texas A&M College of Veterinary Medicine. She is Fear Free Certified which a tremendous help to treat our furry friends. She wanted to be a veterinarian since the age of six. The idea of helping animals has been an integral part of her life since childhood. She currently lives in Niwot with her husband and one year old son. She moved to Colorado this year and is enjoying the hiking and skiing available in her new community. She also likes golfing, crafting and watching baseball. She is a huge anglophile and lived in London for a short time while in college.

Renee rejoined our team in November 2018. She is originally from California. She did her undergraduate degree and Doctorate of Veterinary Medicine at Colorado State University. She enjoys spending time with animals and the challenge of science/medicine. In her spare time, Renee enjoys equestrian sports, quilting, and photography. 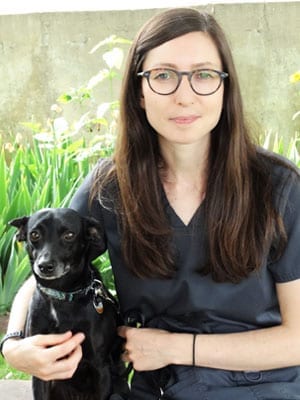 Emily is a Colorado native, born and raised in Boulder County. She earned her bachelor’s degree in biology from Bard College in the Hudson Valley, New York. After college, Dr. Thetford spent 4 years living and working in Paris, France, before she was called back to her lifelong dream of becoming a veterinarian.

Dr. Thetford earned her veterinary degree from the University of Edinburgh in beautiful Scotland and has been practicing as a small animal veterinarian since 2014. She worked in Oklahoma City in general practice as well as emergency and critical care medicine prior to returning to Colorado and joining the team at The Animal Hospital in 2019. Her interests include dermatology, dentistry, internal medicine and critical care. She is passionate about fostering the bond between people and their animal companions.

In her time away from the clinic, Dr. Thetford enjoys spending time with her husband, Adil, cat, Lula, and two dogs, Bug and Mimi. She loves hiking, cooking, arts and cinema, and traveling to new places. 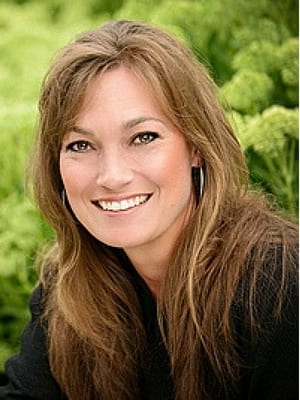 Kim has always known that she wanted to work in the healthcare profession, but it wasn’t until she was in nursing school that she realized where her heart truly lay. Her life-long adoration of animals won her over, and she decided to become a veterinary professional!

Originally from Minnesota, Kim moved with her family to Colorado when she was 10 years old. She received her Veterinary Technician’s certification in 1998, and joined the team here at The Animal Hospital in the fall of 2004.

The diversity of the job is Kim’s favorite part of her work; no two days are ever the same, and she can’t imagine doing anything else! She also loves making patients feel as comfortable as possible and working alongside her fellow staff members, many of whom are just like family to her.

Kim lives with her boyfriend, Scott, his twin boys, and her own two boys. The family shares their home with a pair of cats, Callie and Otis, as well as three dogs: Buster, a Jack Russell/Springer spaniel mix, Rottweiler mix Coco, and a Bluetick Coonhound/Yorkshire terrier mix named Cowboy. 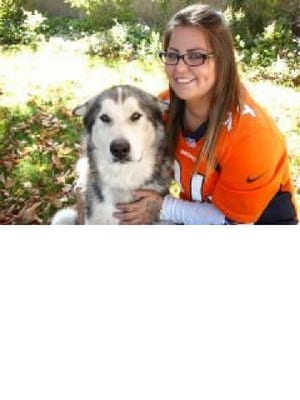 Brittany grew up in Colorado Springs. Since she was in elementary school, she loved animals. She always knew she wanted to work with them. Brittany would bring home any and all stray animals to give them a home or help them if injured. Brittany has two Alaskan Malamutes, Chevayo and Chetahna, plus two cats, Menace and Precious. Brittany has just welcomed twins to her family. She now has 3 boys and 1 girl. She is busy taking care of her family, taking them to school plus football and baseball practice. In her free time, Brittany likes to spend time with her family. She is an avid Broncos fan. She also likes to go on bike rides and to play legos with her sons. She is also a fraternal twin herself. 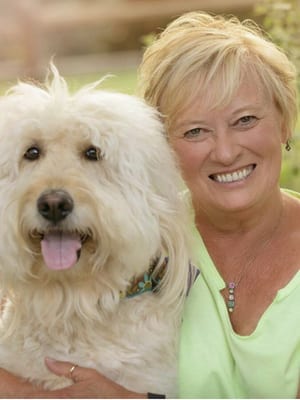 For Darlene, nothing is more satisfying than knowing she’s helping a family take care of their beloved animal companion. As a pet owner herself, she knows firsthand how much joy these special friends can bring! Darlene has served the area’s pets and owners here at The Animal Hospital since March of 2015.

At home, Darlene and her husband, Jerry, live with one dog. Phoebe Butterbean is a young Goldendoodle who enjoys holding hands and cuddling. She’s also quite good at opening doors and bringing Darlene and Jerry their shoes! 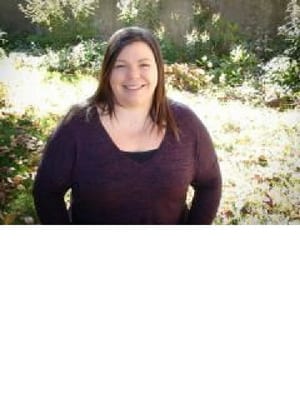 Tabitha grew up in a small Oklahoma town, where her childhood dog, Hershey, was her constant companion. She learned early on in life exactly how valuable our beloved pets are. She’s always wanted to do her part to give something back. As a veterinary professional, Tabitha gets to do just that on a daily basis.

Tabitha holds a degree in biology and has long been fascinated by plants, animals, and nature. She moved here to Longmont with her husband in 2011, and it wasn’t long before she had signed on at another local veterinary hospital. After a year and a half, Tabitha jumped at the chance to join The Animal Hospital family in October of 2016, and she’s been helping the area’s pets here ever since.

When she isn’t tending to the pets’ needs here at the hospital, Tabitha can be found reading, gardening, working on home-improvement projects, and spending time with her family. She and her husband, Zack, live in Longmont with one pet, a betta fish named Sheldon. 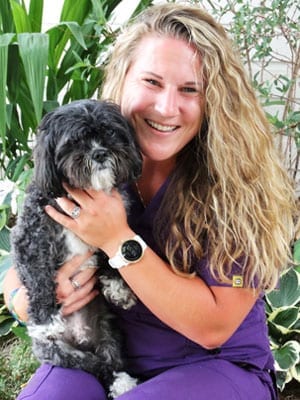 Alicia grew up in a small farming town in Minnesota, where animals were simply a natural part of life. She’s never taken for granted the true value that pets provide for families, and has always wanted to act as an advocate for their well-being and healthcare. Alicia is able to do just that as a member of The Animal Hospital team!
Alicia moved to Colorado in 2013 and began working at another local pet hospital shortly afterward. It was then that she met Vicki, The Animal Hospital’s very own Practice Manager, who convinced Alicia to join the compassionate and talented team here at the clinic. Alicia now serves as a receptionist, and particularly loves cuddling with adorable furry visitors and hearing wonderful stories from the area’s pet owners.

Away from work, Alicia is an avid hikeru2014she recently climbed her first u201c14-er!u201d She also enjoys spending quality time with her family at home. Alicia and her husband share their lives with a stubborn Shih Tzu named Willy Wonka and an energetic Yellow Labrador puppy, Stout.

Have a question?
Fill out this form and a member of our team will be in touch shortly. If you’re in need of immediate assistance, please contact us directly at 303-776-3454. 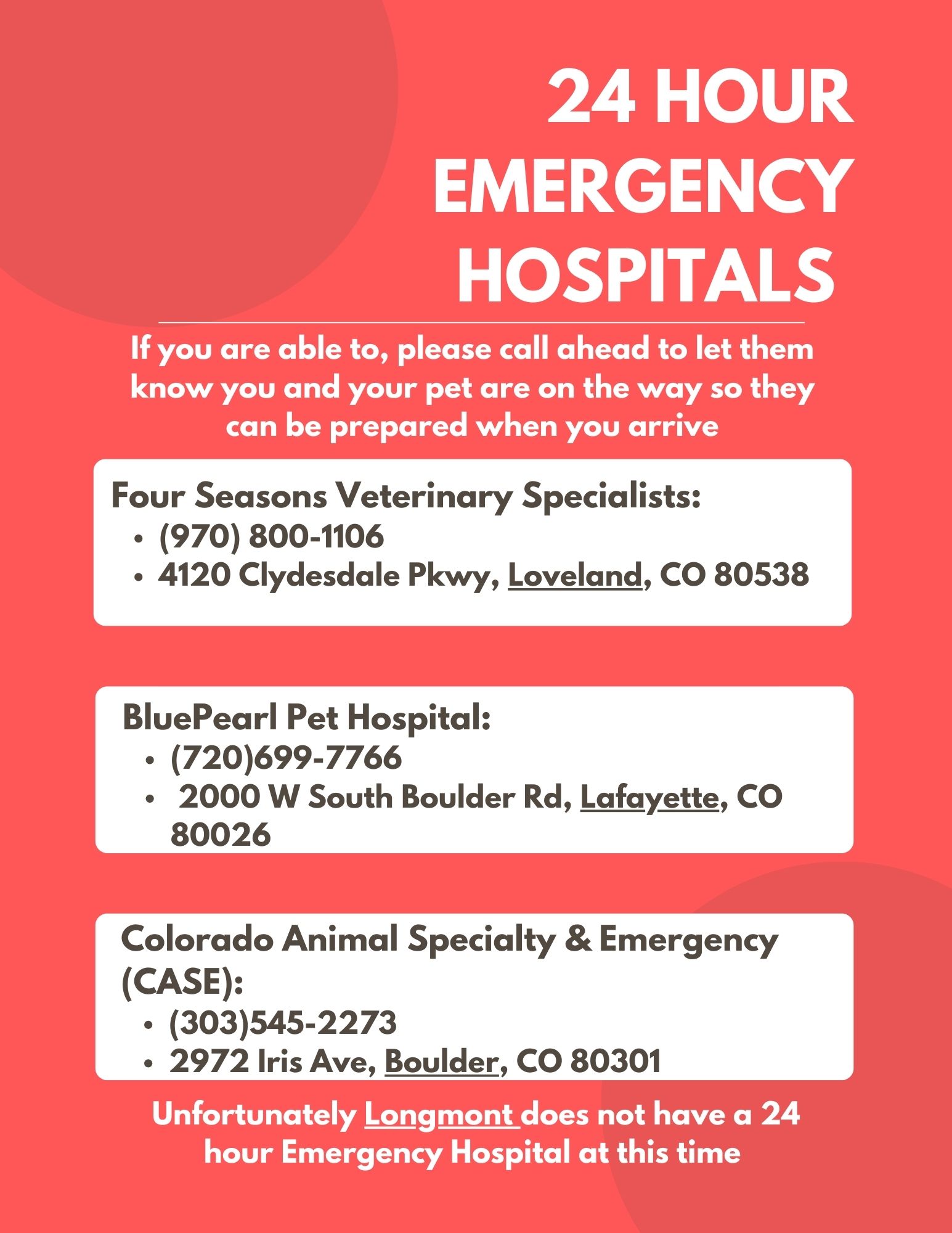 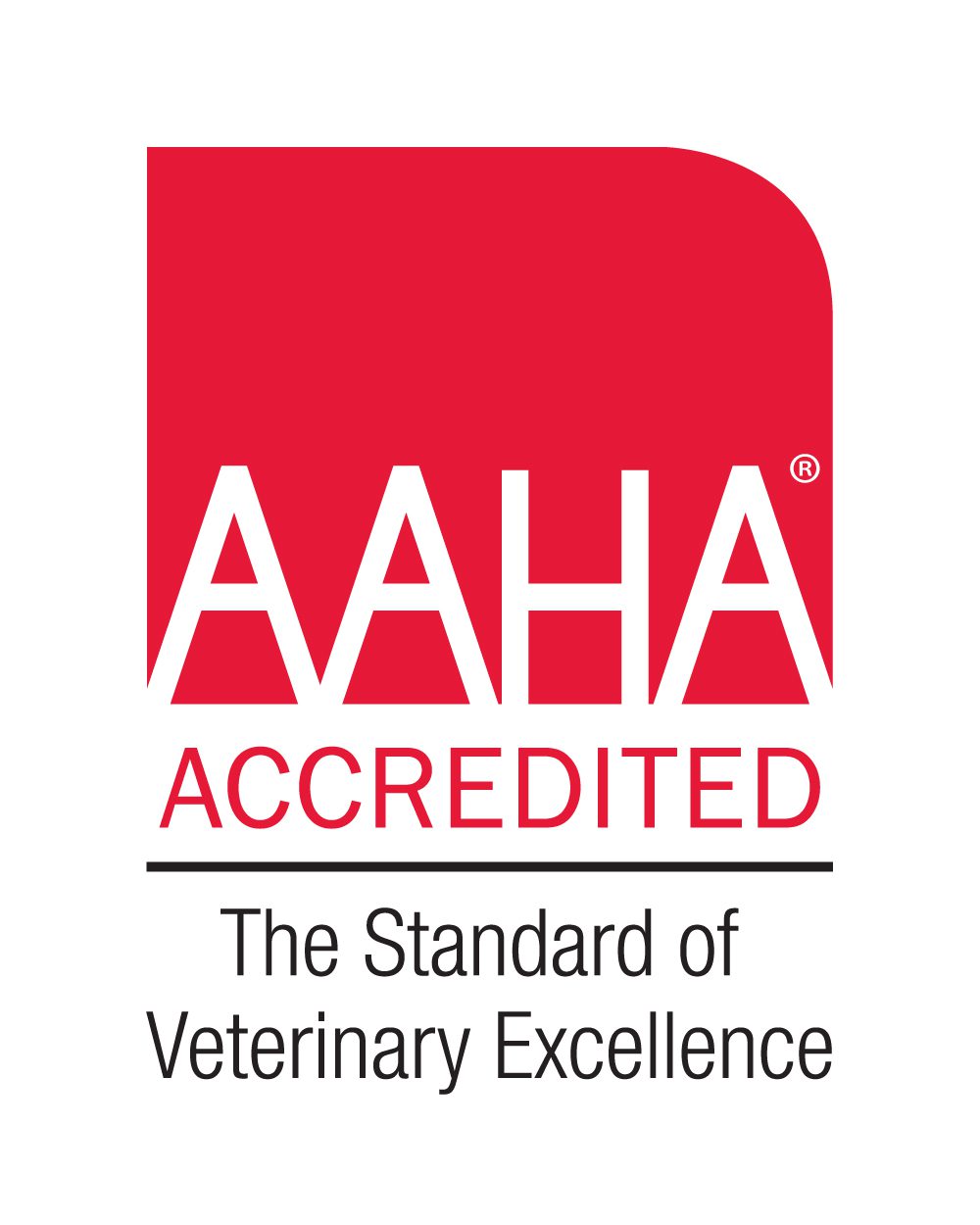